Presiding Judge Raymond L. Haight III said of the appointments, “We are pleased to receive appointments to our bench. We currently have four vacancies with additional vacancies anticipated this year. The San Bernardino Superior Court has an overall need of 48 additional judicial officers and currently has one judge for every approximately 30,000 residents - one of the highest ratios in the state. These appointments will allow us to reopen courtrooms that were recently closed due to lack of judgeships, reduce calendar sizes, and improve access to our courts”. 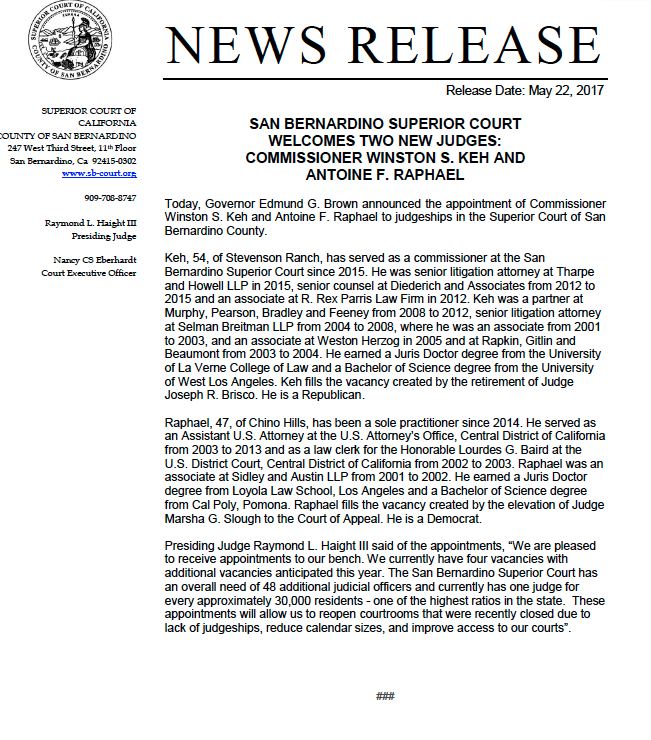