Acting Presiding Judge John P. Vander Feer said of the appointments, “Our court is greatly pleased by the Governor’s appointment of Commissioner Joel S. Agron and Assistant United States Attorney Jay H. Robinson as judges of the San Bernardino County Superior Court. At this special time of the year, it is a true gift to our county. One which we will be able to share by increasing access to justice to those who live and work in our county.” 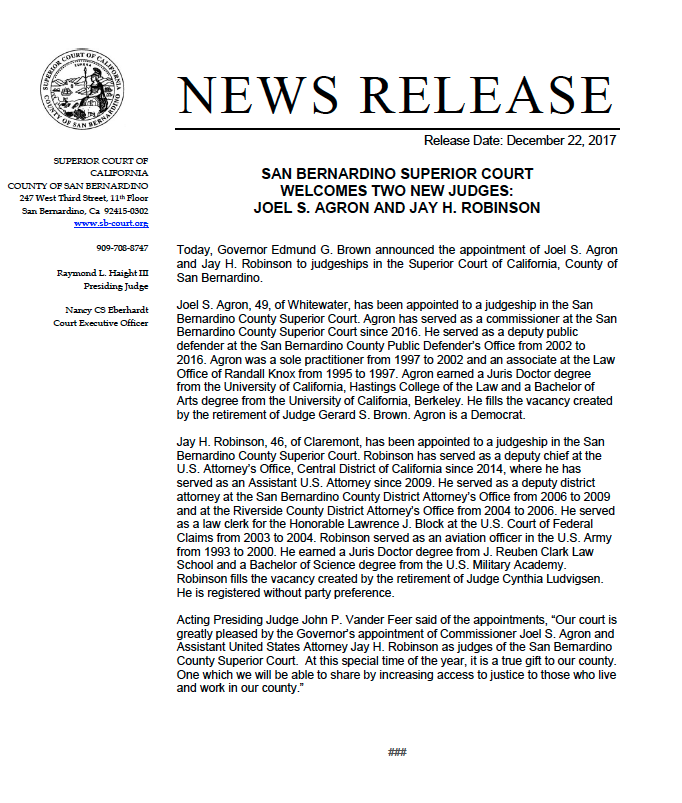 The Court will be closed Monday, January 17, 2022 for Martin Luther King Jr. Day